It’s that time again — the end of the three-year election cycle, which means Australians are going to the polls to elect a federal government on Saturday 21 May 2022.

Voting in Australia is compulsory, and anyone on the electoral register who doesn’t cast their vote is issued a $20 penalty from the Australian Electoral Commission. If you don’t pay this penalty, you could face a heavy fine, and/or end up in court.

The fact that voting is compulsory is one of the reasons why we are bombarded with so much campaigning material in the run up to the election — candidates know that with every eligible person having to cast a vote, it is important to try and reach as many people as possible, including (or especially) those who don’t have much interest in politics at any other time.

In the run up to a federal election, there are key dates that have to be adhered to by candidates and parties (e.g., when lists of candidates have to be finalised, etc.), as well as important dates for voters to know.

As well as the date of the election, many voters will find it useful to know that early voting begins on 9 May 2022 (which enables you to vote ahead of the general election). Another useful date is 18 May 2022, which is the last available date you can apply to have a postal vote, enabling you to vote without attending a polling booth.

If you’ve watched a video on YouTube in the last month or so, logged in to Facebook or been on Twitter, you can’t have failed to notice that political parties are in full campaigning mode. Both major and minor parties are engaged in a variety of online advertising in an attempt to win your vote.

However, Australian elections still utilise a wide variety of traditional print methods and materials to reach out to the electorate. No matter how you feel about them, you can’t avoid the face of candidates beaming out at you from every lamp post, or key campaign slogans seemingly every billboard.

This means that anyone standing for any sort of office — local council, state parliament or federal government — needs to ensure they have a full range and variety of media in their campaigning arsenal.

Anyone campaigning for office needs to have a variety of print materials they can display in all types of locations, or which can easily be distributed to voters on the doorstep and elsewhere. These include:

At Clockwork Print, we specialise in designing and printing a full range of campaigning and advertising materials for candidates in all forms of election. In addition, we can help clubs and organisations with devising and printing stationary and other promotional materials that can be used in a variety of contexts.

Contact us to find out more about how we can help you to get your message out to the public and reach as many people as possible. 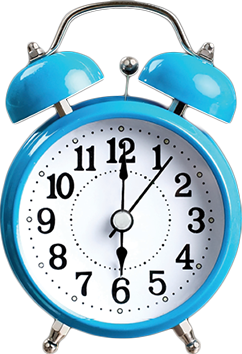